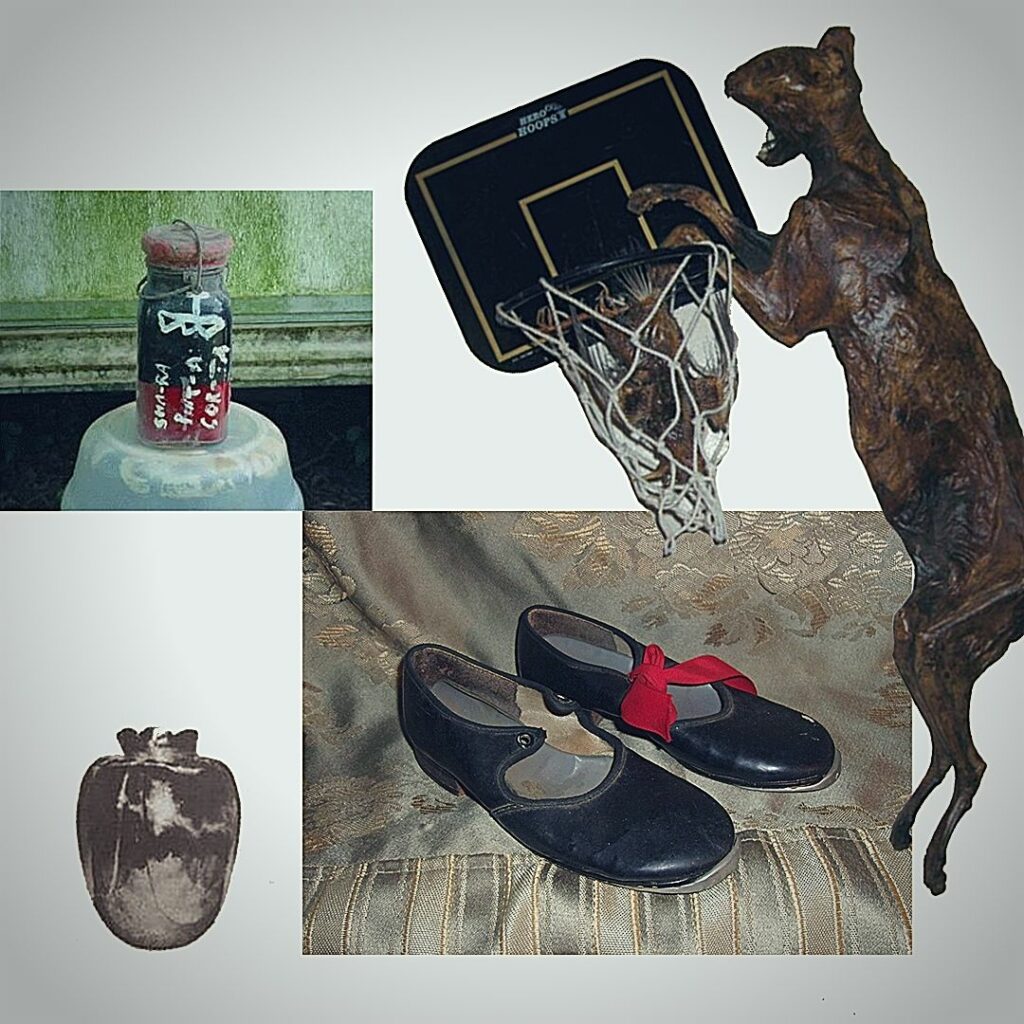 In light (or lack of) Hallow’s Eve, we thought it would be interesting to write a counterpart blog to the weirdest items ever sold at auction. So, to help us get into the spirit of Halloween, we have composed a list of some of the creepiest and most haunted items ever sold at auction. So hold on to your boots because you will be left quaking from this terrifying list.

A hot topic of Italian folk lore, this supposedly cursed and initially buried item has brought each of its owners a string of bad luck. The item, which was sold in 1988, is said to have been a wedding gift to a bride who died in the 15th Century, at an unknown price. Like a true Halloween cliché, rumour has it, the bride swore her vengeance, triggering a gruesome pattern of death for those who owned the vase. The Bassano Vase has now been reunited with the ground and has been buried in an undisclosed location. What a relief!

Ok, so this one is less spooky, more strange… Listed in 2012 on eBay for $700 on buy it now, this creepy object found its way into the consumer market and was auctioned on the platform for $550. This weird item baffles all who look at it and make you wonder whether its creator is mentally ok?

Probably the most chilling and historically significant item on this list, the Dybbuk Box allegedly contains the tortured spirit of a Holocaust victim. Bought with an explicit warning not to open the box, its new owner ignored this advice. Soon after, weird occurrences started happening. Furniture broke, lightbulbs smashed and a true horror scene began to unfold. Its owner gave the box to his mother, who soon after, died of a stroke. The item was soon after sold at auction for $280, with its new owner using the box as inspiration for the 2012 horror film, The Possession. Maybe some good advice would be, not to open the creepy looking box…

Ghost In A Jar

A spooky-looking jar was found in a cemetery and was listed on eBay as a ‘Ghost In A Jar’. From what seems like a direct rip off of the 80s hit, Ghost Busters, it really does seem like there is something strange with this object. Surprisingly, the ‘Ghost’ drummed up over $50,000. It seems to me that someone most certainly was ripped off!

It is too often that spirits apparently latch themselves on to inanimate objects. The feature of most horror films is a cursed doll, box or, you guessed it, tap shoes. Belonging to a deranged child, the spirit Jenny could be heard tap dancing. Sold for $25, this auction win most certainly does not tickle our fancy!

Here in the UK, we are lucky to have an institution such as the NHS. Thankfully, we don’t have to pay extortionate prices for treatments, source medicines from alternative suppliers and buy body parts of the Black Market…wait, what? Yep, you read right! In 1999, a human kidney was sold at an illegal auction for $5.75 million! We know body parts are in short supply, but this is excessive surely? Although, it leaves you wondering, where did the kidney come from? Creepy indeed!

So, there you have a list of some of the spookiest items ever sold at auction. This truly is the stuff nightmares are made of! We hope you can sleep tonight. Stay spooky!